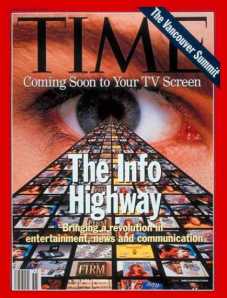 I talked my folks into buying a Gateway 2000 and getting AOL in or around ’95. They’re pretty frugal, I don’t quite recall how I got them to do it. I probably duped them into thinking it would help with my homework. Which I quit doing immediately after we got this thing in the house.The internet gave me an eye hole into the world outside of Fern Creek. I’m not just talking about the mind bending, soul warping pornography. I’m talking about the appeal of cynical twentysomethings on impressionable teenagers. And this was back before everybody had a webpage. No, in those days, in order to even get your picture someplace you had to have a real camera, take a picture, have the film developed, scan a photo with a scanner, and have a domain to put it up. Nobody I knew personally could do any of that, even getting pictures developed wasn’t an easy thing for a kid to do. being a narcissist used to be extremely difficult.

It used to be that in order to have your meanderings on the net someplace you had to either have a webpage for some fucking reason that was constantly “under construction” or you were being paid by someone to be all Gen X and disaffected in public.

One such was crashsite.com. Don’t bother going there now, it’s now one of those nowhere spaces on the web you get when you accidentally type the wrong thing in the address bar and risk spyware uploading itself into your shit. But in 1995 it was cracking.

You can see a picture of one of their promos here, where a guy with some connection to what used to be a webpage about being a degenerate has apparently grown up to be the kind of person who puts pictures of his kids in his opulent home on the open internet. Times change, right? The comments there function as a reunion spot of sorts.

Crashsite would have features on making potato cannons, underage drinking, mail fraud, any number of petty crimes. The main dude was a guy called Mark Driver, he would write about barfights with old men and how to survive on 5 bucks a day. You can click his name to get a bead on what he’s up to now. I thought this guy was super cool. Now, I think I was a kid who was looking up to the wrong people. Maybe I’m just sore. I e-mailed Driver an article that got published in my school newspaper about how cool I was, and I never heard back. But I did get a T-shirt in the mail.

Although Crashsite isn’t as sharp as I remember it, my other favorite website circa 1998 still holds up.

Suck.com was some super snarky shit, maybe a bit too smart for it’s own good. If Crashsite was Beavis and Butthead, Suck was Daria. Half way through most articles my eyes start to glaze over due to the fatal combination of cynicism and verbosity. There’s only so much piss you can drink before you’re ready to put your attention elsewhere. Say, Salon.com , which Suck took constant cool kid potshots at.

So why is Suck still worth it? It’s all down to a little Wednesday ritual called filler.

Poly Ester wrote and Terry Colon drew this weekly bite size bit of woe, which made the regular “everything is shit” attitude of the site somehow fun. Among other things, Poly showed me it was OK to talk like an old man. I had a crush. When she would have articles about her dating troubles, I’d imagine that if she were just to meet me everything would be allright, because a gawky 18 year old with a pompadour from Kentucky was the answer to all her jaded twentysomething troubles. I also had to just guess that she was attractive based on her cartoon. The closest I got was having an e-mail I sent in run on the page. Very big deal at the time, even if I was basically embarrassing myself.

What happened to suck? Well, they went on vacation in June of 2001 and never came back. This was back before information flowed the way it does now, it was just gone. Maybe after 9/11 the things that used to suck didn’t seem so bad anymore.