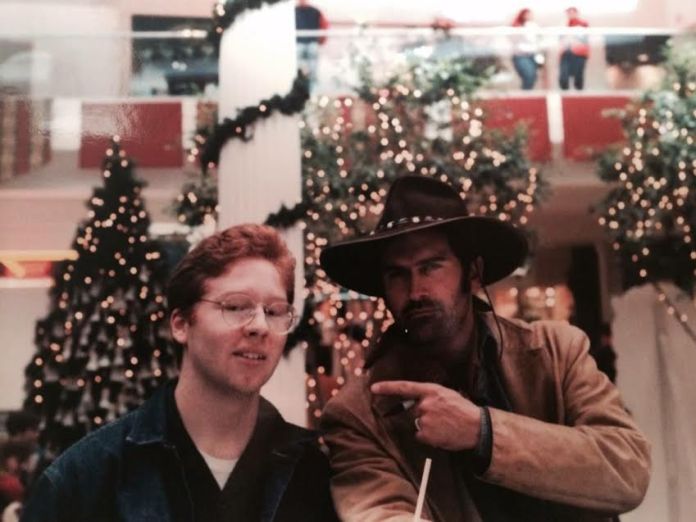 I’ve been pretty fortunate throughout my life for a number of reasons. One of the biggest is that I’ve met and often even befriend people that I admire. That takes a certain gift of gab and insight- I asked Jim Steranko what record was on the player in this image, I talked to Greg Dulli about Sam Cooke’s SAR Records, and conversations grew from there.

As a gawky early teen, I was a rabid fan of Bruce Campbell. I got to meet him at a local mall when I was a boy, and did little to endear myself. Just a few very stilted seconds of conversation, and all I had to show for it was a very awkward photo that came back from Walgreen’s and left me terrified.

So when I got the opportunity to talk to Bruce Campbell again for my job at the Voice-Tribune, it was a chance to set things right. It went a little something like this:

Bruce: Hi, this is Bruce.