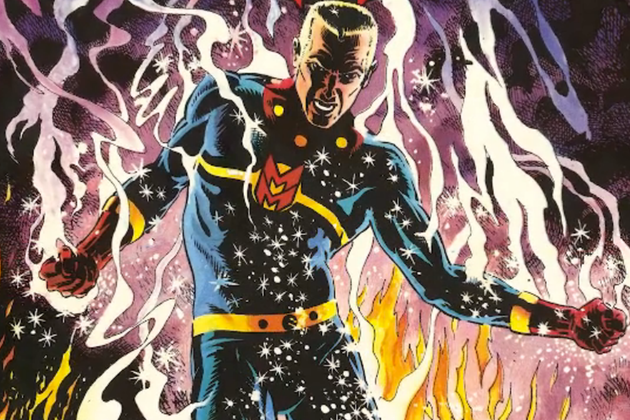 In reference to this article about Miracleman and the legal battles surrounding that work, I received the other night an e-mail from one Dez Skinn. He took exception to the assertion that the work he published had been done without bothering to secure the legal rights to the characters in it and referred me to Kimota, a book on the subject that I admit I have not read. At this point, Marvel is republishing the material regardless of who does or does not rightfully own it, and like any blindly hungry consumer, I’m reading and enjoying it for the first time I can get my hands on it. So the point is somewhat moot at any rate, but I would still like to apologize for repeating a rumor as fact.

The e-mail also read, in part:

BTW: If I’m an ant-Stan Lee doesn’t that make me OK? And I don’t think I’ve ever been malevolent. I’m probably the most positive and enthusiastic person you could ever meet. I may like some people more than others but I prefer to believe the best in everybody, hate nobody (far too much wasted emotion) and don’t even tread on insects.

To which I replied:

I’ve always thought you were an interesting character. I apologize for forgetting that you’re a person as well, who has feelings, and that you might actually see what I wrote about you and feel a burning sensation across your ear…As you surmised, I meant what I said as a sort of roundabout compliment…You have balls like churchbells and I think you’re a badass. No disrespect intended. I’ll run a retraction.
…
So there you have it.
…..
Hey, was he calling me an insect?